The first water works was established in 1866, which consisted of several storage cisterns, which were barely adequate to supply water to city residents. The city received financial assistance from the county to build the system where windmills pumped the water up the incline from the natural water table south of Water Street (now Brown Street) and Washington Street. In 1884, Don A. Sayler, owner of a local paper mill, was granted a franchise with several other business owners, to establish a water works in town.  In 1885, after considerable litigation, the city won an appeal before the state Supreme Court which allowed it another contract with Sayler and Company in 1885.  The contract gave the city the rights to purchase the pumping station after 15 years; however, because of the city's then current debt, the purchase didn't materialize until 1926. 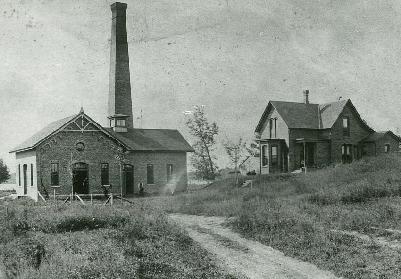 A pumping station was built on Flint Lake and starting pumping water from the lake into the water mains.  In 1965, the water works constructed its second pumping station (Airport Treatment Plant) just north of the Porter County Municipal Airport off of Redbow Drive (150 North).  A 2.0 MG ground storage tank was constructed by the airport treatment plant in 1985. 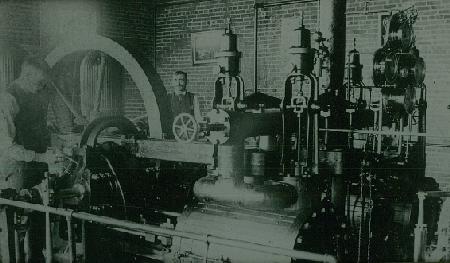 The original treatment plant was finally taken offline in the 1980s and water is no longer pulled from Flint Lake.  All city water is provided through four separate well fields located in and outside city limits.

COMBINATION OF WATER AND SEWER

In January of 2004, Mayor Jon Costas put into place a new organizational structure for the City of Valparaiso in order to streamline City government. This new structure included integrating the Department of Water Works and the Water Reclamation Department into one (1) City wide utility.

There were many reasons for combining both municipal utilities and some of those reasons are as follows:

The combining of similar functions, such as vehicle maintenance and field services, would provide an economic benefit to both utilities.On April 1, 2004, this new City utility organization came into existence after the Utilities Director assumed directorship over both the Department of Water Works and the Water Reclamation Department.   The new combined utility organization is now known as the Valparaiso City Utilities.   The City of Valparaiso's Stormwater Management Program or Municipal Separate Storm Sewer System (MS4) Program was added to the Utility's responsibilities in 2009.

The utility serves a population of approximately 35,000 located in adjacent to the City of Valparaiso.

NOTE: Information above has been provided in part by "City of Valparaiso, A Pictorial History" by George Neeley (1989).